Road to the Canadian Derby - Purple Heaven and Twylla Bensmiller 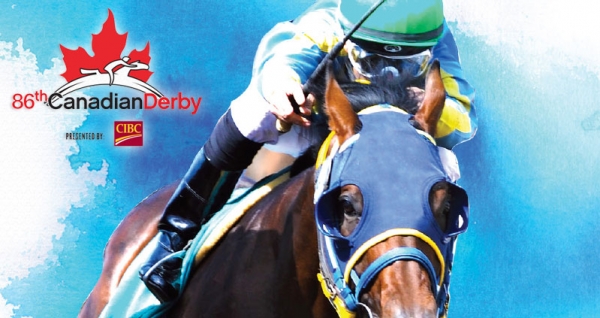 Purple flowers decorate the shed row, purple tack adorns the horses from shadow rolls to polos and everything in between. Every win picture hanging in the tack room features team members proudly donning purple swag and huge smiles. It’s a color, it’s a horse, it’s a big banner proudly hanging in the barn, it’s a place well known in the back stretch of Northlands Park. It’s Purple Heaven, and there’s no place that Twylla Bensmiller would rather be.

In a recent interview Bensmiller said of owner Ted Graling “He bought a horse at the sale and made the mistake of letting me name him,” and with a laugh referred to her prize pupil and Canadian Derby hopeful, Purple Heaven.

In 14 years training thoroughbreds, Twylla Bensmiller has proven herself with multiple stakes wins, high percentage success rates and is fast approaching a milestone of 1,000 career victories.

In addition to her accomplishments as a conditioner, Twylla is a respected exercise rider with a special talent on horseback. She gallops several horses daily including Purple Heaven who she says “is a brat in the mornings, he loves to buck and play!” But during the course of our interview, he shows a sweeter side, nuzzling her son Rossi as he gently picks the peppermints out of his little purple pockets. On race day, however, ‘Heaven’ puts his game face on and assumes the role of the consummate professional. He knows when it’s time to go to work, “he does everything right”, and will soon have the hopes of team purple riding on his back in the biggest test of his young career.

A few stalls down from Heaven, Rossi takes us to meet “Denni”, who seems equally as fond of his little buddy and his delicious minty hands. Meeting this unassuming barn pet, one might be surprised to learn that he is a fierce competitor and already has a Derby title to his credit. In a gutsy victory, Xtreme Denigray captured the iconic Alberta Derby courtesy of a perfectly timed ride by jockey Tony Maragh at Evergreen Park. After such a brilliant performance, Bensmiller couldn’t deny Denni the opportunity to compete for a second derby crown. Both contenders are owned by Ted Graling, who is a relative new comer to racing, and has the admiration and gratitude of his devoted trainer. “Ted is the best owner anyone could ask for, I am so lucky to train for him, to train for so many amazing people,” she says.

May the luck continue to shine down on Purple Heaven and Twylla Bensmiller as they continue down the derby trail. Along the way, she follows in the footsteps of a great horseman and idol, crediting her late father as her biggest inspiration and fan. As a devoted mother to Rossi, it’s evident that her legacy will be to continue the journey started by her parents many years ago, and to make a little history along the way.