Written by Republished from Standardbred Canada 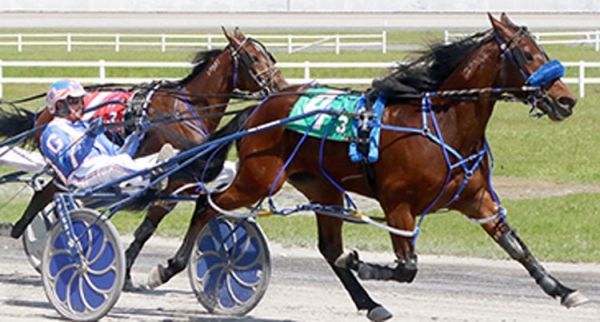 Blue Burner gelding Crackle N Burn dashed to the front and faced no challengers when taking the fastest of three $7,500 eliminations for the Alberta Marksman eliminations at Century Downs with a 1:53.3 mile on Sunday, July 7.

Driver Phil Giesbrecht took control with the Rod Starkewski-owned and -trained colt heading to a :28.2 opening quarter. Outlaw Aceofspades drafted from second with Go Nine O third through middle fractions of :57.2 and 1:25.2. The pair continued to give pursuit to Crackle N Burn into the stretch as the 4-5 favourite hit the finish one-and-a-quarter lengths better than Outlaw Aceofspades while Go Nine O chased in third.

Winning his sixth race from 10 starts this season and his eighth from 19 overall, Crackle N Burn surpassed $100,000 in earnings. The Starkewski homebred paid $3.60 to win.

Kneedeep N Custard opened the card with a wire-to-wire win as the odds-on favourite in the first of the Marksman eliminations. The Kelly Hoerdt-trained and -driven son of Custard The Dragon set fractions of :27.3, :57 and 1:25.4 on the lead while chased by pocket-rider Rockin N Talkin in a 1:55 mile. Major Winker chased from third. 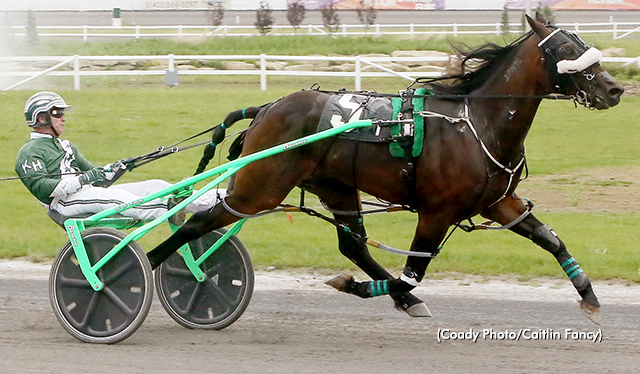 Co-owned by Hoerdt with Blair Corbeil and Fred Gilbert, Kneedeep N Custard won his eighths race from 12 starts, earning $56,502. He paid $3.20 to win.

Trainer-driver Paul Davies sent 2-5 favourite Outlawgrabbingears to the front and also wired his competition, taking the middle elimination in 1:55.2. The Smart Shark gelding led I Ama Rocket through splits of :28.2, :57.3 and 1:27 before advancing to a length victory. Outlaw Gunsablazin tipped wide from fifth and swept past horses late to take third. 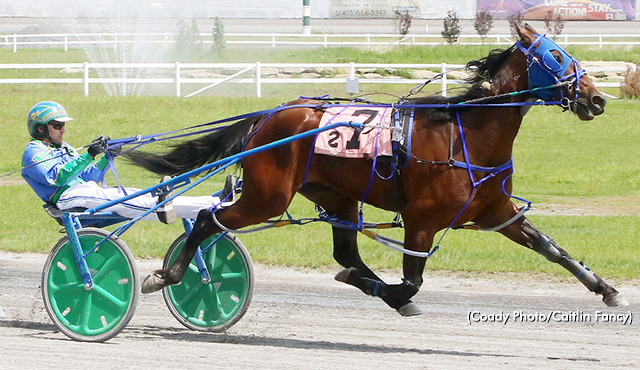 Co-owned by Davies with Nicole Davies and Deborah Pinel, Outlawgrabbingears won his fifth race from eight starts this season and his 12th from 17 overall, earning $184,275. He paid $2.80 to win.

Driver Brandon Campbell placed the five-year-old Lil Dude Starrbuck gelding fourth as Cool Cowboy led the field through a :27.2 opening quarter. Campbell then angled wide passing a :55.3 half and closed towards the leader as the pace slowed towards three-quarters, timed in 1:24. The Sanford Campbell trainee hit the front rounding the final turn and withstood a late challenge from Iwontdothatagain to win by a length. Sabine Pass, riding cover second over, chased from third.

More in this category: « Driver Catches Whip Mid-Race Kelly a finalist for O’Brien Future Star Award »
back to top